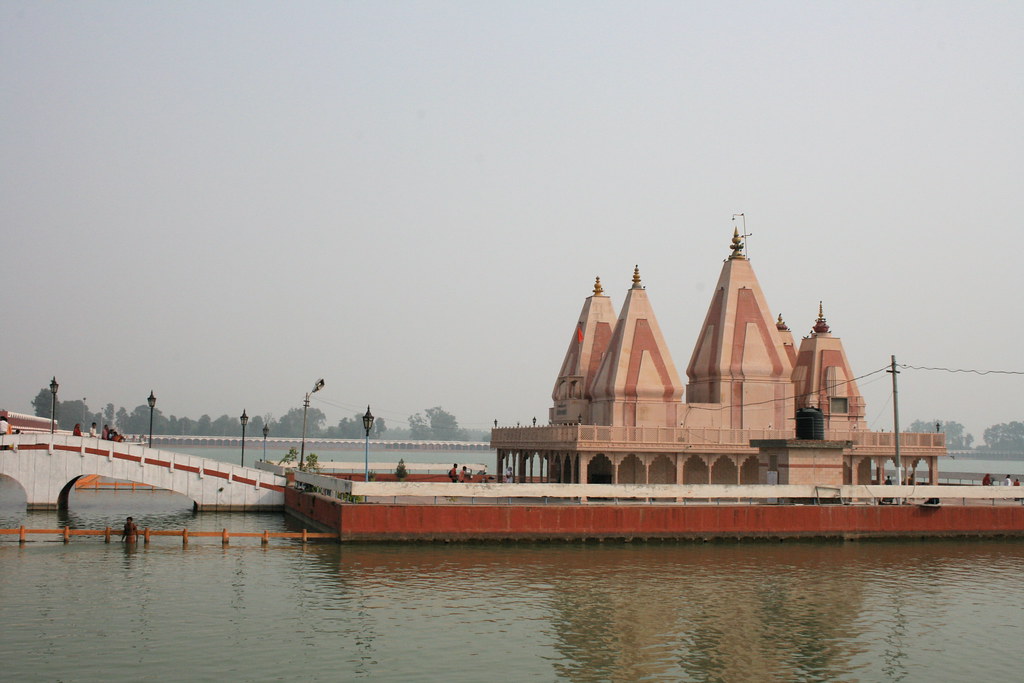 A sacred shrine dedicated to Lord Paramashiva called Sarveshwar Mahadev, stands within the Sarovar, accessible by a small bridge. The waters offer a breathtaking sight during the Gita Jayanti celebrations held each year in the last week of November and early December corresponding to the 11th day of waxing moon of the Vedic Margashirsha month of the Hindu calendar when a ‘deep daan’ ceremony of floating lamps (deep means lamp) in water and Arati (offering of sacred flame) occurs. Gita Jayanti is the auspicious anniversary of when the Bhagavad Gita was delivered by Lord Krishna to Arjuna on the battlefield of Kurukshetra in the Mahabharata War.

This also happens to be the time when migratory birds from distant places arrive at the Sarovar adding to the beauty of the place. According to the Puranic history (Hindu history), the Shiva Linga installed in the Brahma Sarovar was by Lord Brahma himself. Many devotees consider one parikrama (circumambulation) of this tank equalling to making a visit to all the sacred spots lying within the holy circuit of Kurukshetra. 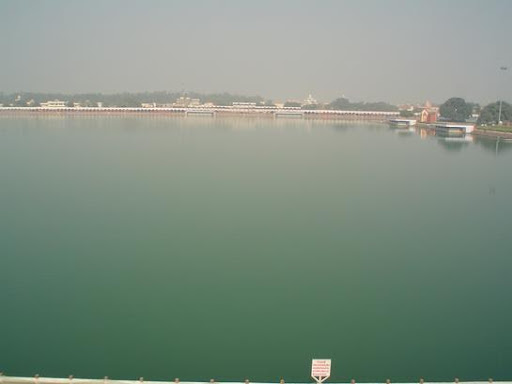 Brahma Sarovar is an ancient water body sacred to Hinduism  in Thanesar, in the State of Haryana in North India. Brahma Sarovar, as the name suggests, is associated with Lord Brahma, the creator of the Universe.

Hinduism  lays emphasis on taking a holy dip in sacred water bodies for maintaining internal and external purity.  According to the Hindu scriptures, taking a dip in the holy waters of the Brahma Sarovar during a Solar Eclipse is considered equal to the merits of performing thousands of Asvamedha Yajnas (ancient ritual of horse sacrifice performed by kings to establish their sovereignty). 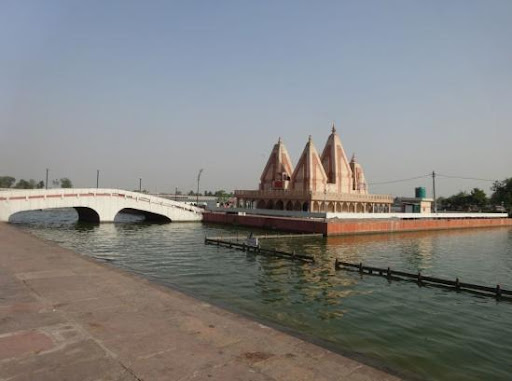 According to Hindu History, Lord Brahma created the universe from the land of Kurukshetra (the land where the Mahabharata war was fought under the auspices of Lord Krishna) after a huge yajna – sarifical fire. The Brahma Sarovar here is believed to be the cradle of civilization that emerged. The sarovar finds a mention in Hinduism’s greatest  epic – Mahabharata, citing its use by  King Duryodhana (representing the evil forces that prevent one from realising enlightenment) to hide himself under its waters on the concluding day of the Mahabharata war soon after which he is slayed by Bhima with the grace of Lord Krishna.