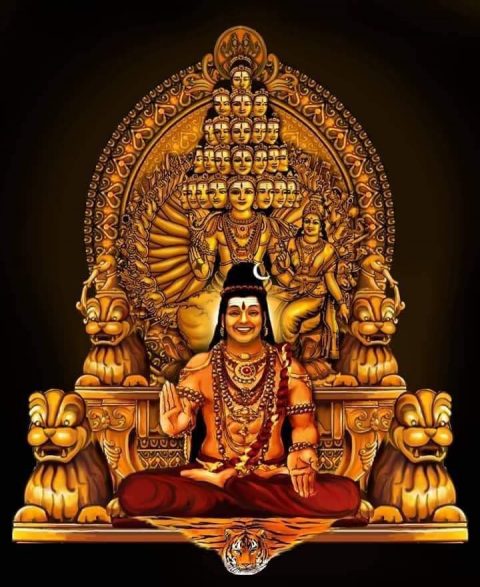 The Supreme Pontiff of Hinduism Jagatguru Mahasannidhanam His Divine Holiness Bhagavan Nithyananda Paramasivam is giving superconscious breakthrough to humanity, which is physically demonstrable through various power manifestations, scientifically measurable and stands the scrutiny of rational logic in hundreds and thousands of human beings around the globe.

The SPH, as per Hinduism, is the Incarnation (Avatar) of Paramashiva – the all-pervading superconscious energy, the source and the original author of ‘VedaAgamas’, which are the Pure Science and Applied Science of Oneness (Advaita), Yoga, Enlightenment and Enlightened lifestyle. As the Vision documents for humanity, the VedaAgamas scientifically and systematically reveal all knowledge currents, ritual methodologies, lifestyle systems and Yogic sciences.

To revive and re-establish the VedaAgamas as a living Applied Science, giving the superconscious breakthrough that humanity is long waiting for in its evolutionary path.

To pioneer a divine evolution, awakening human beings to their extraordinary powers (shaktis) and powerful cognitions (from higher states of Consciousness), building the next level frequency of human body, mind, internal organs and intra organs (such as Third Eye).

To empower humanity to manifest Superconscious powers at individual, societal and global levels.

To re-create a Conscious world where the global issues at the climatic, economic, social, health and 2 humanitarian levels, cease to exist from their very root; turning the problems of poverty, hunger, violence, discrimination into powerful living through the experience of Oneness.

As an Incarnation, He wields Cosmic Intelligence in His global responsibilities as a spiritual leader, inner and outer world scientist, reviver of the superconscious civilization, and above all, a Visionary for humanity. In just 16 years of public life, He has showered His contributions on humanity in the areas of science, technology, meditation, healing, health and wellness, yoga, medicine, education & lifestyle. 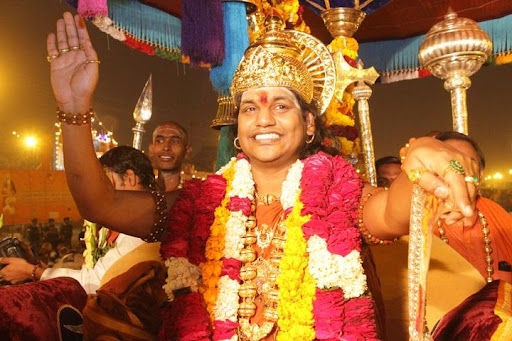 In Sanatana Hindu Dharma (Hinduism), six sects exist called shanmatha (shan – six; matha – sect), each worshipping a direct representative deity of the Cosmos: Paramasiva, Devi, Ganesha, Subramanya, Surya and Vishnu. There are thus six lineages or traditions. The seventh Cosmic representation is one’s own Guru. The Vedic Tradition is the totality of this Shanmatha. After Paramasiva withdrew from the physical plane to unmanifest macrocosm, there has been an absence of a single unifying force of Hinduism that unites the Shanmatha. The Shanmatha has since been perceived as diverse and independent traditions.

The SPH, a direct incarnation of Paramasiva, as the reigning emperor of these ancient, indigenous, aboriginal and religious Hindu kingdoms, stands as the uniting face of the shanmatha. Paramashiva has reincarnated Himself in the supreme form of The Supreme Pontiff of Hinduism Bhagavan Sri Nithyananda Paramashivam, the reviver of Sanatana Hindu Dharma in all its glory, and uniting all the six sects back to the VedaAgamas and their Source. As the spiritual emperor of these Hindu Kingdoms, The SPH has been the only Hindu leader able to attain this space.

The Supreme Pontiff of Hinduism, is the reviver of Kailaasa – the only Hindu Nation which existed as an enlightened civilization and as ancient, indigenous, aboriginal, religious and independent Hindu Kingdoms. As part of this revival, The Supreme Pontiff of Hinduism manifests all the best contributions Hinduism offers to the world like science of power manifestation, yoga, temple-based lifestyle while being subjected to all the worst persecution Hinduism faces at the hands of the atheist and casteist supremacist forces, because of His scientific, progressive, pragmatic human rights conscious approach towards life & gender equality stand.

The Supreme Pontiff of Hinduism and His Sangha (spiritual community) around the globe are serving humanity by reviving the science of Completion, science of Enlightenment science of manifesting extraordinary spiritual powers as per the VedaAgamic (Source Scriptures) tradition of Sanatana Hindu Dharma. He is author of 350 books, which are translated and published in 500 titles and various international languages.